So I've been vaguely aware of Pyside, Qt, and PyQt for a while, but I never really explored them. As I mentioned in my post about bi-directional constraints it would nice if you could have a UI that would allow you to simulate reordering the hierarchy without having to deal with a bunch of enum attributes which could potentially become cyclical. As far as I know there is no mel-based UI controls that would allow you to create something like that. So as a little side project t 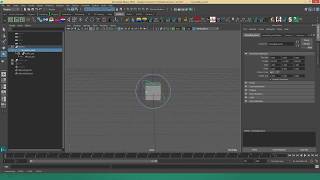 A method for remapping blendShapes between characters.

Why The UVN Deformer Is So Useful

First Images From The My Little Pony Movie I Worked On!

Driving Cluster With Matrices Instead of Handles